The All Seeing Gnome [a children’s poem]

There’s a gnome at the bottom of my garden,
And his name is Jeronimo Zee,
He has a pink hat,
And an old cricket bat,
And the brightest blue shirt with long sleeves.

He’s a strange little gnome who likes watching,
All the people who pass
And he sees,
Things which are good,
And things which are bad
And some things that fall inbetween.

Last week there were plenty of good things,
Like the girl who supported her friend,
When she fell in the dirt,
And it everso hurt
And she cried like the world might just end.

The week before he saw some bad things,
The boy and girls weren’t being nice,
A girl kicked a cat,
And then a boy spat,
Not only once, no, he spat twice.

But sometimes he sees inbetween things,
When something bad soon becomes good,
Like the boys in a fight
Who both thought they were right,
But made friends and forgave like friends should.

Jeronimo Zee loves to watch people,
He thinks they’re interesting indeed,
So if you pass by,
Now you’re sure to know why,
You feel someone is watching your deeds. 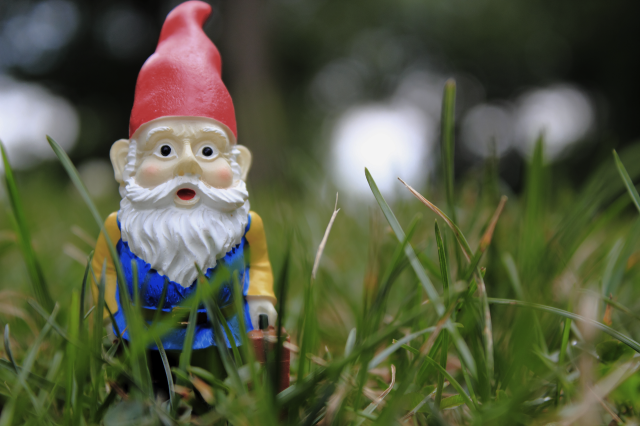 1 Response to The All Seeing Gnome [a children’s poem]

I'd love to hear your thoughts... Cancel reply